You are Here: » Hannah’s Story 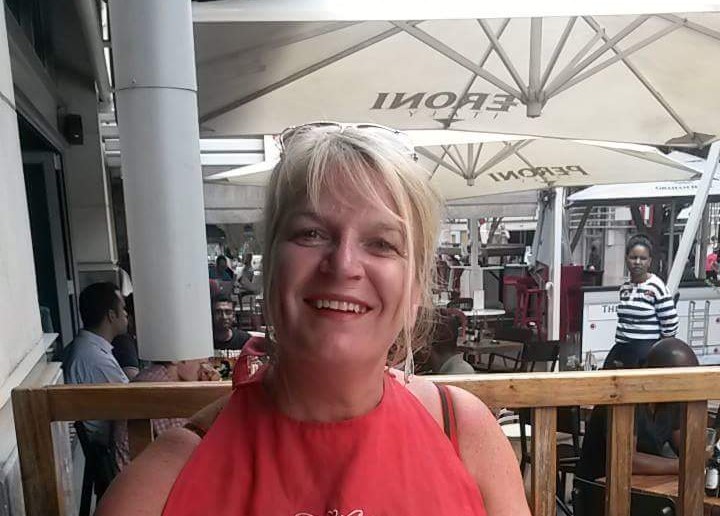 I would like to tell you about my Mum Shirley, who passed away at St Mary’s on 15th May 2018 after a short but hard battle with cancer.

As soon as mum was given her terminal diagnosis, she wanted to be at the hospice. . I think it says a lot that Mum actually requested to go to the hospice, a lot of the hospital staff were a little taken back by it but now I see why she wanted to be there. Having spent time in hospital in Preston and in Barrow, but unable to return home because her house was inaccessible, the hospice offered somewhere that was nearly home – close to her family, her friends, her home town and the familiar site of the Hoad. All the time we spent in and out of hospitals, in ambulances and mum being in pain at home, as well as that terrible fear of pain – there were none of these awful experiences at St Mary’s.

She had a lovely room with a view, with nurses who treated her more like a friend than a patient. They allowed her the dignity of bathing, washing her hair and helped her get ready to go for trips out from the hospice while she was still well enough to do so. As a family we could visit as and when we wanted to, to eat together and use the courtyard and family rooms for precious time together. To be able to choose her own meals, even things that weren’t on the menu, was so important at a time when most choices had been taken away from her, and to have access to the Orangery Café for a change of scenery but within the security of the hospice was invaluable. Having 24 hour care for Mum put us all at ease, especially because the nursing staff treated her like the unique individual she was. We were very reassured that she was being looked after in the best possible way, and leaving her overnight on her own wasn’t so hard because she was in such capable hands and felt very safe.

The care Mum received was exceptional, with the doctors not only caring for her but looking after us as a family by keeping us informed and updated. She loved the massages she was able to have as this was the one thing that relaxed her and helped her find peace during such a frightening time. The welcoming, calming atmosphere at St Mary’s made such a difference and the staff made us all feel at home. So much so that when it was my birthday, the day before Mum died, they accommodated our whole family for lunch in the courtyard of the in-patient unit, even though Mum was too poorly to be part of it.

The day after Mum died, we came to collect her things – this might have been very distressing but the staff had done all they could to make it as easy for us as possible. And even now, we know the support from the bereavement service is available to us when we feel ready and for as long as we need it.

Losing my mum has been awful. She was only 56 years old, and the time from diagnosis to her death was only 9 months. But without St Mary’s Hospice things would have been much worse. I don’t think you fully appreciate the depth of service the hospice provides unless you are there week in week out, or going through a similarly horrible experience to the one we’ve been through. It’s changed my perception of what a hospice does, and why it is so important, forever.

Everything Mum received was free, but I don’t think people realise that only 18% of the funding the hospice gets comes from the NHS, and that it costs £3.2M a year to run. I had no idea, and it makes you appreciate how every penny they raise counts. My family, friends and I are all committed to raising as much money as we can for St Mary’s now. It won’t bring my Mum back, but it might help someone like her when they really need it.

It’s changed my perception of what a hospice does, and why it is so important, forever.

Hannah, Supporter
Back to 30 Years of Care