You are Here: » Jo Firth’s Story 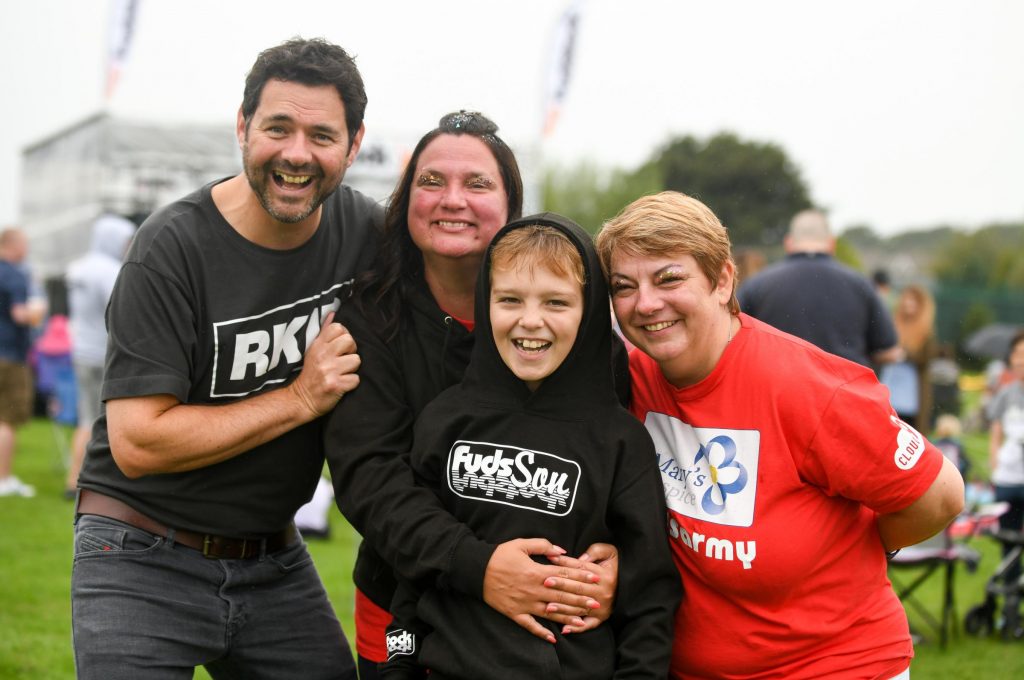 In October 2016, my brother Richard, known to everyone as Fud, was diagnosed with bowel cancer. After 6 months of gruelling chemotherapy and an operation to remove a section of his large intestine, he was given the all clear. Sadly, in December 2017, a second tumour had to be removed. The diagnosis remained positive as it was contained to one area and when he had recovered from the surgery, more chemotherapy was planned.

Unfortunately, my brother wasn’t recovering as expected. He complained of more pain and knew something wasn’t quite right. After Christmas he spent four days at home. The rest of the time was spent in hospital in severe pain, a pain no matter how hard the doctors tried, they couldn’t control. As his family, this was the most difficult and painful thing to witness. You presume the hospital can make you better and stop the pain. We learnt the hard way; this isn’t always the case.

In February 2018, another emergency operation took place. This time we were given the devastating news that the cancer had returned but had also spread to his lymph nodes. Due to the location and other complications, this time it was inoperable. Time stood still, our world, with one small sentence, had been destroyed. Nothing can prepare you for that. The next few weeks were harrowing. The pain became unbearable and my brother had reached the maximum dosage of pain relief medication. They couldn’t give him anything else. At this point, we were at breaking point as a family. We were helpless.

It was then suggested that Fud go to the hospice. We were told they would be able to control his pain, he would then start to feel well enough to be able to build himself up to then give him maintenance chemo, to try and control the growth and spread of the cancer, to give us time. Something many of us take for granted. Fud was reluctant to say the least. He wasn’t going anywhere, “they send people there to die”. I’m ashamed to say, this was our preconception of the hospice too. We couldn’t have been more wrong.
In March of last year, after much persuasion and no other options, Fud said he would try it for a couple of days. Very quickly, my brother settled there. He loved having a choice of fresh, delicious, homecooked food, or even something not on the menu, but just what he fancied eating. He needed his family and friends around him, (he has a lot), and we were all made to feel welcome. We were cared for and supported too. We learnt so much in our time there and made new friends who continue to support us. We all spent the last 30 days of his life at St Mary’s Hospice. A truly incredible, unique and special place.

The hospice is there not just to care for end of life patients, but offers respite care for people with life-limiting illnesses, pain control so patients can then be at home with the right medication, bereavement support, hospice at home services, living well groups, the list goes on and they are constantly evolving to adapt to patients needs. My brothers care cost approximately £30,000 (£1,000 per day). We didn’t leave with a bill, but the hospice receives only 18% funding from the NHS and the money has to come from somewhere. It’s vital that the hospice remains within our community. Please believe me when I say, they work tirelessly, go above and beyond, and what an exceptional and wonderful place it is to be. We laughed and cried in equal measures. Always a supporting shoulder to cry on, or a welcoming warm hug.

Since last year, I now volunteer as a Fundraising Ambassador for St Mary’s. A role I’m incredibly proud and honoured to hold. A large group of my brother’s family and friends came together last year and we all passionately vowed to repay Fud’s care and raise money for the hospice. Fud’s Army was born and through sponsored walks, bike rides, raffles and a music festival aptly named Fudstock, we have raised over £30,000, but it can’t and won’t stop there. A movement and legacy of #Fudlove arose. A community of friends and strangers, all coming together to selflessly support, offer services, give their time and raise awareness and funds, to ensure St Mary’s can continue to care for patients in our community. It sounds like a fantastic amount of money, and it is, but sadly is only a very small percentage of the staggering £2.7 million needed to be raised each year.

We found out the hard way, as I suppose most people do, but the hospice needs to be an option. It was our only one. At a time when so many choices are taken away, they provided options to my brother and gave him some control back and gave us all precious time together. I can’t imagine how those last weeks would have played out if we didn’t have the hospice on our doorstep. Please help support this vital and fundamental service that provides such exceptional care for our community.

I can’t imagine how those last weeks would have played out if we didn’t have the hospice on our doorstep.

Jo Firth, Supporter
Back to 30 Years of Care