You are Here: » Val’s Story 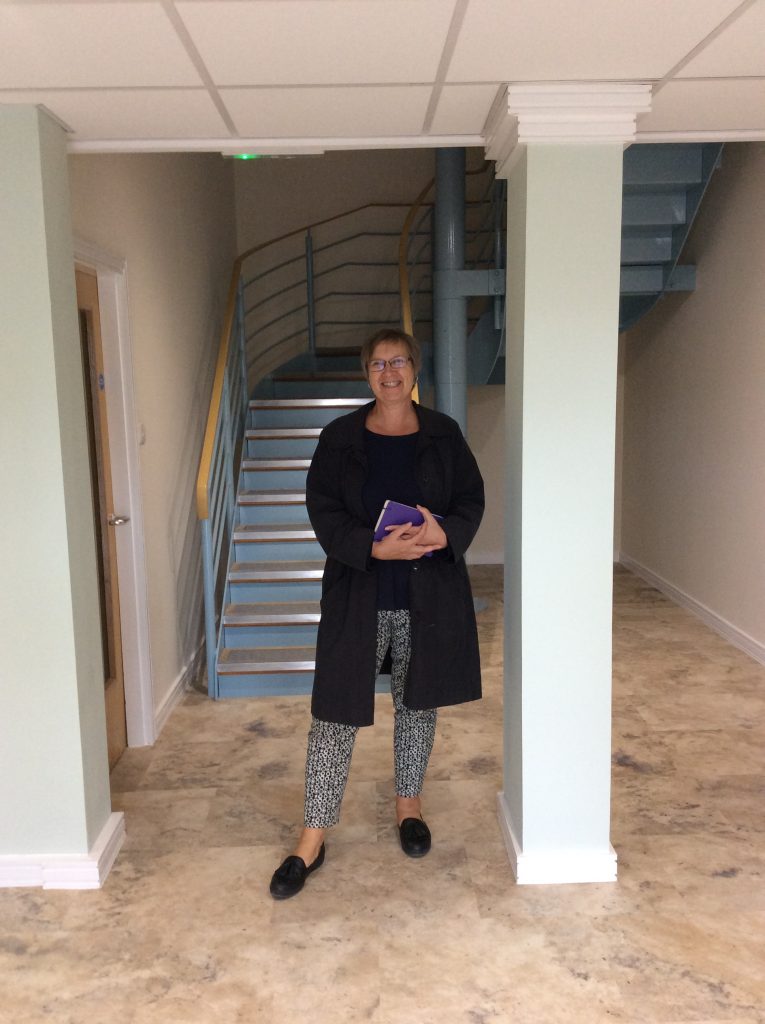 Arriving at St Mary’s Hospice in the middle of January 2013 I immediately ran into heavy snow over several weeks and have memories of frequent worried conversations about whether nurses would be able to get in and out of work or not. At one point we had Mountain Rescue delivering Hospice at Home nurses in 4X4s. At the time I thought I’d arrived in Alaska. Since then I’ve been delighted to find that actually heavy snow in the low lying area around Ulverston and Barrow isn’t that common! As I’d previously been Chief Executive of a hospice in the soft south with no beds it was new to me to have to worry about how high the drifts were.

I’d say the biggest thing that has stayed the same at the hospice in the time since then is the level of dedication clinical teams put in to providing patients and families with what they need. Whether that means getting to work in bad weather, creating a perfect wedding on site or welcoming pets, children and family to the unit at all hours of the day or night , the team just gets on and does it. While the level of care has remained high the number of services available for our patients has grown in the last six years. Our bereavement service now offers Make do and Mend workshops as well as up to the minute digital support through Facebook. Our new building in Barrow aims at supporting people earlier while our Hospice at Home service has grown to support more people. Every day we’re actively working to find ways to do things differently so we can stretch to meet the needs of more people.

Of course expansion leads to increased pressure in other areas too. Fundraising and Retail are constantly having to increase their income targets as not only is there the standard increase in cost of living to raise but we also have to raise more funds because there are increasing numbers of people needing services. Although the amount of work increases we always try to keep the structure of non-clinical staff as small as possible.

A Hospice Chief Executive needs to be prepared for whatever jobs need to be done. One of my first weeks saw me ejecting a cheeky bat from the kitchen while just last week I was moving furniture between two offices. Whatever needs to be done we all need to pitch in to do it. When you’re in a hospice it’s never a case of just ‘getting someone else to do it when they have a moment free’, no-one ever has a moment free. There’s never a boring day. I love it.

When you’re in a hospice it’s never a case of just ‘getting someone else to do it when they have a moment free’, no-one ever has a moment free. There’s never a boring day. I love it.

Val - Chief Executive
Back to 30 Years of Care