You are Here: » Winders Story 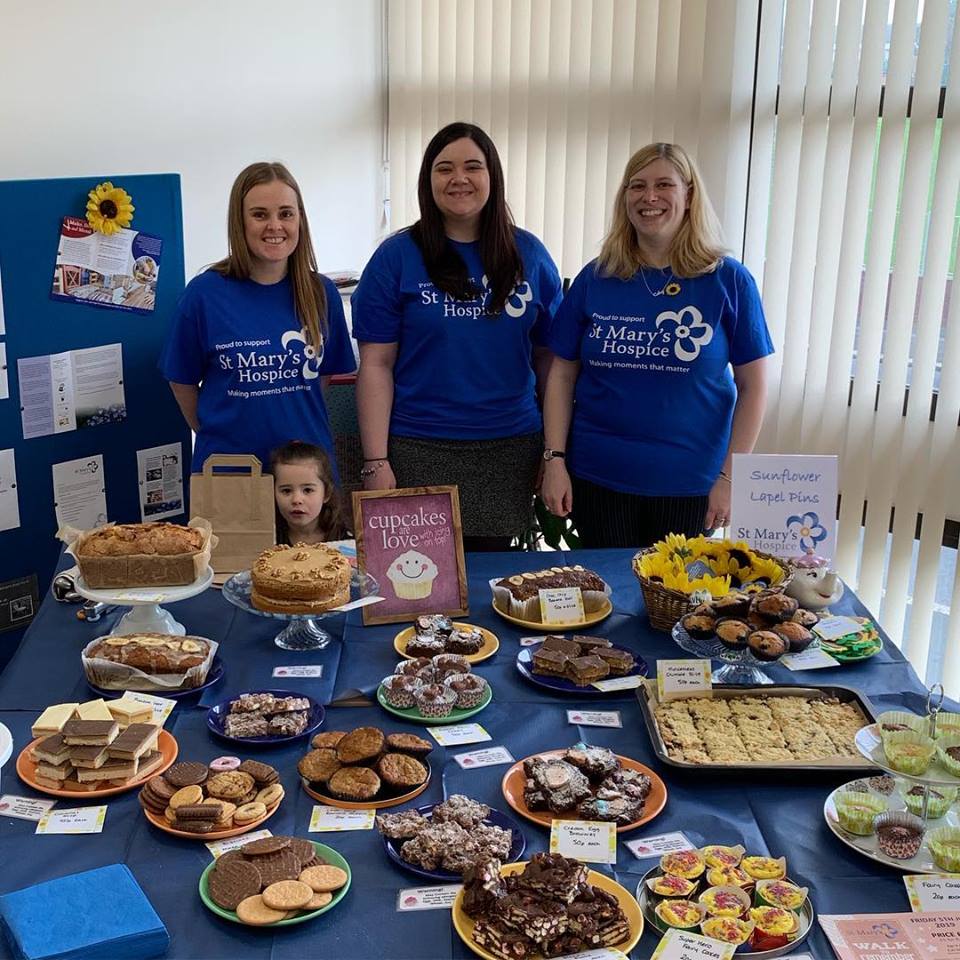 In my previous job I was always heavily involved with the Companies Charity Committee and I learned early on that any time we raised funds for the Hospice we saw a surge in money from the local community. Everyone had a story of how the Hospice had helped them or a friend and people’s generosity was based on these experiences.

In 2017 the Company launched a strategy called ‘Spark Something Good’, where we were given a budget to help make a difference within the local community. Without hesitating I rang Val at the Hospice and asked is there anything you need, and she replied ‘we’re desperate for the garden to have some TLC’. So, in June that year myself and a team of staff descended on the Hospice and worked solidly, through all weathers, planting plants, clearing weeds, power washing patios, paths and even getting an old water feature to work again. On our second day a patient put a Thank you card in her window, and at that point it hit me, that supporting the Hospice could go beyond fundraising and still be equally as important.

In 2018 I started a new job as the Practice Manager at Winders, Chartered accountants and Financial advisors. The Partners were keen to get involved with a community project and suggested that we commit to raising £5000 for the Hospice for their 30th year. Keen to build on what I had learnt the previous year, I suggested that we could do more than just fundraise, that we could build a true partnership using our professional skills. Happily, the Partners agreed with me and so I arranged to meet with with Clare from the Hospice where I described our vision to her. That not only would we like to raise vital funds for the Hospice, but that we also wanted to offer our services to help those that may be facing financial queries at a really difficult time. This idea was received well and also fitted with the launch of the new Living Well Centre in Barrow, with the eventual plan being that we host monthly drop in sessions, for anyone that requires advice and support.

Becoming a corporate supporter not only helps the Hospice, but it also does wonders for your work team. Since announcing our partnership internally, we’ve had staff volunteer to host our drop-in sessions, walk the Coniston to Barrow, the Walk to Remember and we recently hosted a coffee morning at the centre, where our team baked and attended, helping us raise £150. The morale that is created when all are working towards helping something as special as the Hospice can’t be purchased and I’m excited to see what else we achieve this year and beyond for such an important cause.

Becoming a corporate supporter not only helps the Hospice, but it also does wonders for your work team.

Winders - Corporate Supporter
Back to 30 Years of Care