You are Here: » Kath’s Story 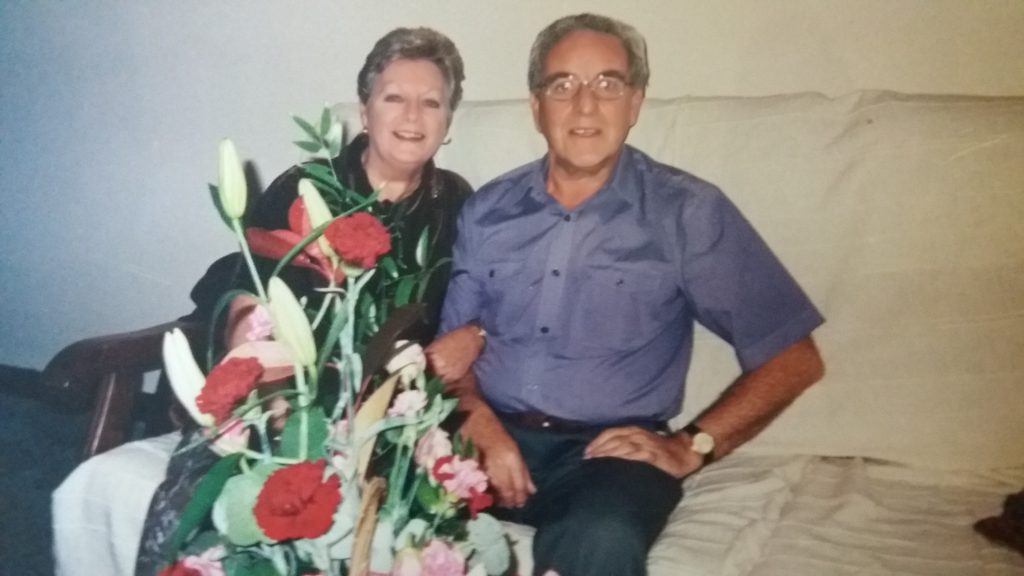 Harry was from Barrow, but after training as a draughtsman at Vickers and then attending teacher training college, he spent most of his working career as a lecturer in Mechanical Engineering in the Middle East and Africa. As a young man he played rugby and was a keen runner with a local club and after retirement he and my mum, Kath, lived on Walney and dad enjoyed bowling, doing his garden and watching his beloved rugby. 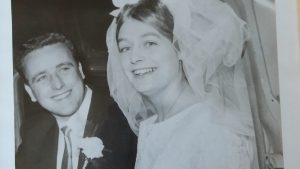 My mum and dad were married for 43 years – “a life sentence” as my dad liked to say! He was a real joker and even when he was very poorly before he died he never lost his sense of humour.

Dad was a proud grandfather to his son Richard’s five grandchildren. And was never happier than when spending time with his grandkids.

Harry’s wife Kath said: “Last October (Oct 1, 2020) would’ve been Harry’s 80th and we wanted to do something as a family to commemorate what would’ve been a very special birthday. We chose to get a memory leaf in his name at St Mary’s Hospice, as this is where he spent the last few weeks of his life in September 2007 (after being diagnosed with a brain tumour earlier the same year in May).

“Harry was really active and fit his whole life until his diagnosis and, in fact, was decorating our daughter’s house when he started to feel a little unwell with bad headaches and dizziness. He shrugged it off as ‘being a bit tired’ until he collapsed in the supermarket and was taken to A&E, where shockingly a scan revealed he had a brain tumour and terminal cancer.

“After having an operation to remove as much of the brain tumour as possible, followed by radiation, I cared for Harry at home. But by early September, he was in a lot of pain and it became very difficult for me to keep him comfortable at home and so he went into the inpatient unit at St Mary’s for end of life, palliative care.

“Right from the start he was made to feel so welcome, with all the staff going the extra mile to make sure the last few weeks of his life were as comfortable and dignified as possible. He had a lovely room overlooking Hoad and enjoyed the beautiful view and watching the birds visit the garden.

“We have nothing but positive memories of this very sad time – all of the nursing staff were so wonderful and caring with Harry; keeping him pain free, sitting with him at night when he couldn’t sleep and giving him a shave to keep him looking his best which meant to so much to a man of his generation who always liked to look smart. Harry and I literally viewed the nurses as ministering angels and I cannot express the gratitude I feel to this day for the care he received.

“As a family we were made to feel so welcome at the hospice, spending as much time with Harry as we could in those final weeks, and we were with him when he passed away in late September just before his 68th birthday. After his death the hospice continued to support me with bereavement counselling, a wonderful service which is available for anyone who’s lost a loved one. St Mary’s Hospice will always have a very special place in my heart for everything they did for Harry and me.”

Kath said: “We wanted to find a way to remember my husband Harry and also to repay St Mary’s a little for everything they had done for him. It has been such a tough year for all charities with the impact of the pandemic and we know first-hand what an essential service the hospice provides for local families, so were keen to support them in any way we could.”

We are eternally grateful for the exceptional care which St Mary’s gave to our lovely Harry at the end of his life and would urge local people to support the hospice in any way they can in these difficult times – whether through a memory leaf in tribute to your loved one, by doing the lottery or organising your own fundraising event. You never know when, as a family, you might need the care and support of the hospice and we want to try and ensure it is there to help others in our community in the future.”

Thank you to Claire, Kath and family for sharing your story.

If you would like to find out more about Our Care please get in touch, or click on the link to find out the many ways to support St Mary’s, and ensure we can be there for families with the care, comfort and choice they deserve and need.

Right from the start he was made to feel so welcome, with all the staff going the extra mile to make sure the last few weeks of his life were as comfortable and dignified as possible.